Stephen Wise Free Synagogue has reached a resolution with Book Culture that allows the synagogue to move forward with the Early Childhood Center Book Fair scheduled to begin Thursday, December 7.

After a productive meeting at the synagogue with Rabbi Ammiel Hirsch, Rabbi Diana Fersko, and Rabbi Samantha Natov on Monday, November 27, the owners of Book Culture — Chris Doeblin, Annie Hedrick, and Rick MacArthur — agreed to release this statement clarifying their view on the children’s book P is for Palestine by Golbarg Bashi:

P is for Palestine is a children’s alphabet book geared towards toddlers and pre-readers. Book Culture helped to fund the book and hosted a reading with the author on November 18 at its Columbus Avenue location. The book caused a wave of criticism from Jews and non-Jews alike, primarily due to the entry for the letter “I”, which reads: “I is for Intifada, Intifada is Arabic for rising up for what is right, if you are a kid or a grownup!” The controversy became so heated that it caused the shutting down of a Facebook group of 27,000 people.

Rabbi Ammiel Hirsch extended an offer on November 21 to meet with Book Culture’s co-owners to resolve matters so that the synagogue could host Book Culture as planned at its Early Childhood Center Book Fair in December.

“Since Dr. Bashi supports the Boycott, Divestment and Sanctions movement (BDS) and considers Israel to have apartheid policies, we sought clarification and assurance from Book Culture,” Stephen Wise Free Synagogue’s rabbis wrote in a letter to synagogue members today.

“We object that children who are not yet able to read are being taught to associate the letter 'i' with 'intifada',” the letter continued. “It strikes us as an effort to extend to our shores the indoctrination of Palestinian children who are educated from the youngest age to hate Israelis and Jews, and are encouraged to glorify violence, murder, and 'martyrdom.' There was nothing romantic about the Intifada. It was not some grand uprising to usher in an era of human rights, tranquility, and peace. It was not freedom fighting. The Intifada was the purposeful targeting of men, women, children, and babies in schools, hospitals, restaurants, pubs, dance halls, buses, trains, theaters, and hotels hosting weddings, bar mitzvahs, and Passover seders — any place a crowd of Israelis gathered.”

The rabbis also wrote in their letter: “None of this diminishes our support for Palestinian national rights. We have always supported a Palestinian state, at peace, side by side with Israel.”

View the rabbis’ letter in full. 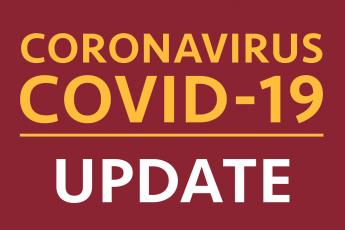